Some Types of PI:

SCID, pronounced “skid,” is a rare PI syndrome caused by severe deficiencies in T-cell and B-cell function. It is one of more than 400 forms of primary immunodeficiency (PI). Other cells in the immune system can also be involved. SCID can also be caused by a gene mutation. SCID is generally considered to be the most serious type of PI and if diagnosed in children, is considered a true pediatric medical emergency.

Colloquially called the “bubble boy disease,” SCID became widely known after the 1976 film, The Boy in the Plastic Bubble. The film tells the story of David Vetter, a boy growing up with SCID who lived in a plastic, germ-free bubble for 12 years.

There are over 400 different types of PI, each with its own characteristics and challenges.
Need a crash course? Learn the basics of PI.

For infants with SCID that isn’t detected by newborn screening, an excessive number of infections are the most common symptom. These may include more serious infections like pneumonia, meningitis, or bloodstream infections. Infants with SCID are also more susceptible to pneumonia caused by a dangerous organism called pneumocystis jiroveci that must be diagnosed and treated quickly.

Persistent diarrhea that results in failure to grow or malnutrition is also common among children with SCID.

Early diagnosis is important so SCID can be addressed before an infant has had a chance to develop infections that could lead to later complications.

Thanks to the tireless work of doctors and parents who had lost children to SCID, the Department of Health and Human Services (HHS) announced in 2010 the addition of SCID to the recommended uniform screening panel. Now, all 50 states are screening for SCID.

As the technology emerges, more newborn screening tests will be available for different types of PI. Now, nearly every infant with SCID in the US can be diagnosed within days of birth. If the mutation responsible for a sibling’s SCID is known, a genetic test can be conducted in utero to diagnose an unborn child.

Two blood tests are used to reach a diagnosis. The first is a complete blood count, and the second is a count of each type of white blood cell (lymphocyte), including both T cells and B cells. If the lymphocyte count is low, additional tests are conducted to count T cells and measure their function to confirm the diagnosis. 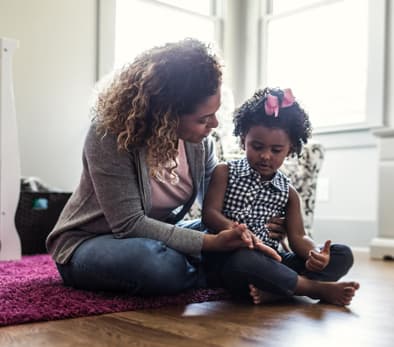 Infants with SCID should be isolated from children outside the family. If there are siblings who attend daycare, school, or other activities, the possibility of bringing infections, particularly viruses, into the home is the greatest danger.

Children with SCID should not receive live vaccines, including rotavirus, chicken pox, mumps, measles, live virus polio, or BCG vaccinations, until their immune status has been evaluated.  Sibling vaccinations should also be reviewed by a doctor.

What should I know about treatment for severe combined immunodeficiency (SCID)?

You are not alone, but no one is quite like you. It's important to learn about the various treatments for PI, and should be individualized to meet your specific needs. Your healthcare team is there to provide recommendations based on you, and your situation. Here are some tips:

You know more about you, and your doctor knows more about medicine, so together you will work to find the best plan for you.

If you or a loved one has been diagnosed with PI, a doctor can help you craft a treatment plan that’s right for you. Explore treatment options here.

A PI diagnosis could be a total relief, or very overwhelming. Learn insights from those who have been there.

Want to make a connection? join us